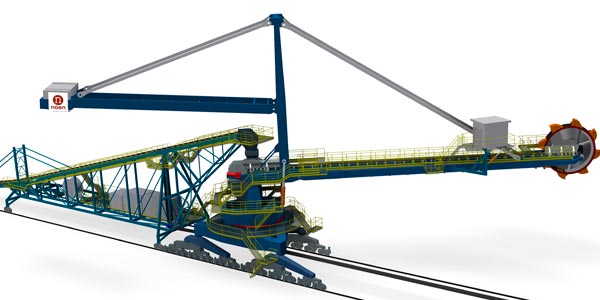 The combined stockyard machine SCR 05/05-35 is used to stack lignite in a stockyard and its reloading to the belt conveyors.

The machine is above all intended for homogenization stockyard stacking using the “windrow” method but can also be easily used for stacking by means of other methods.

SCR is placed on the rail undercarriage. Length of travelling track (rails), thereby the length of stockyard as well, is only limited by the size of a cable drum for power supply of the machine. 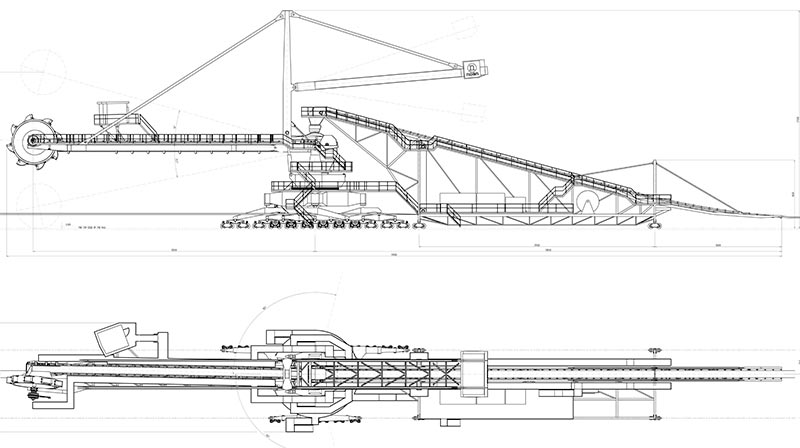 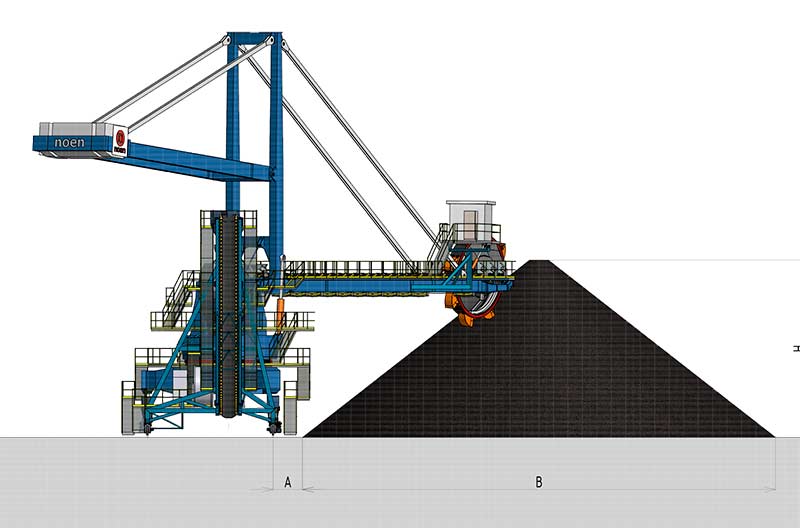