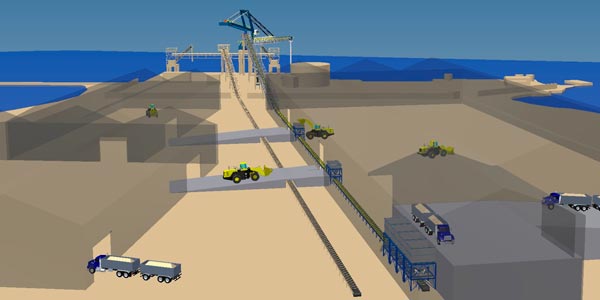 The harbour terminal for phosphate loading with the assumed location on the Red Sea coast.

The project results in modernization and extension of the existing terminal.

The terminal’s main components for loading phosphate sands to ships include a belt conveyor and a slewing loader with a telescopic tilting boom.

Material is transported to the terminal space by trucks and discharged either directly into a charging hopper situated at the beginning of the central belt conveyor or onto an area in some of three jacketed storage halls. From these halls, material is then transported by a wheel loader to one of charging hoppers situated on a horizontal part of the conveyor. A continuous withdrawing of material from the hoppers to the belt conveyor is provided by the vibratory feeders. Material is transferred by means of the conveyor to the telescopic ship loader and then through a telescopic lead-in to the cargo space of a positioned ship. 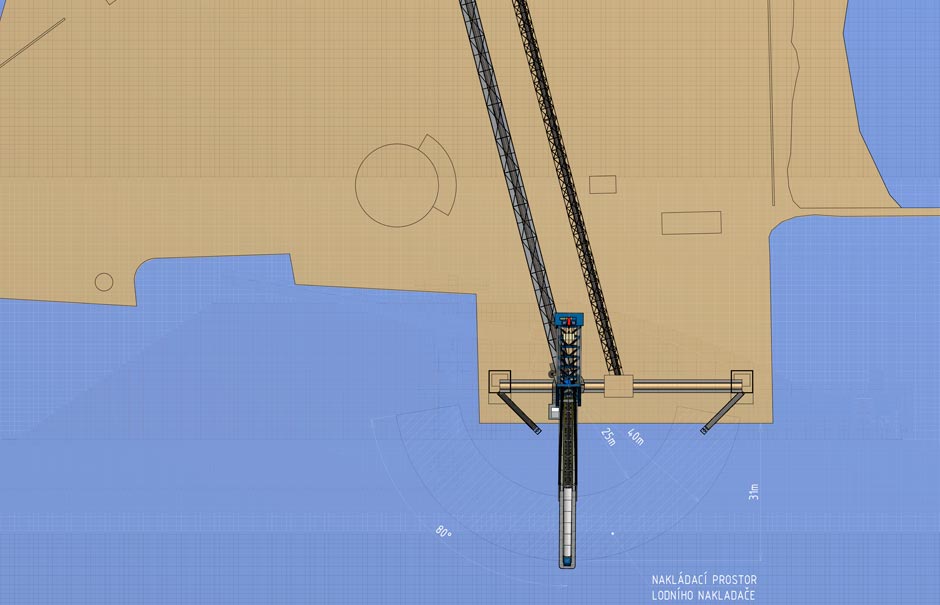 Note: The entire ship loading can be realized by the loader travelling and the ship moving along the landing stage. 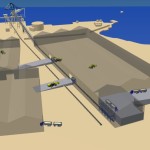 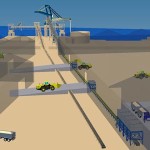